Disney+Hotstar was planned to launch on 29th April 2020 along with IPL, but due to Coronavirus outbreak its delayed. As per latest News Disney+ Hotstar will be available on April 3 2020.

“With the success of Hotstar, we ushered in a new era for premium video streaming in India. Today, as we unveil Disney+ Hotstar, we take yet another momentous step in staying committed to our promise of delivering high-quality impactful stories for India that have not only entertained but also made a difference in people’s lives, a promise that is even more meaningful in challenging times such as this. We hope the power of Disney’s storytelling, delivered through Hotstar’s technology, will help our viewers find moments of comfort, happiness and inspiration during these difficult times.”

Disney+Hotstar Now Live in INDIA, Disney+ Shows and Movies are being added to Hotstar from past two days. Checkout Hotstar or Hotstar App Disney+ Section now. 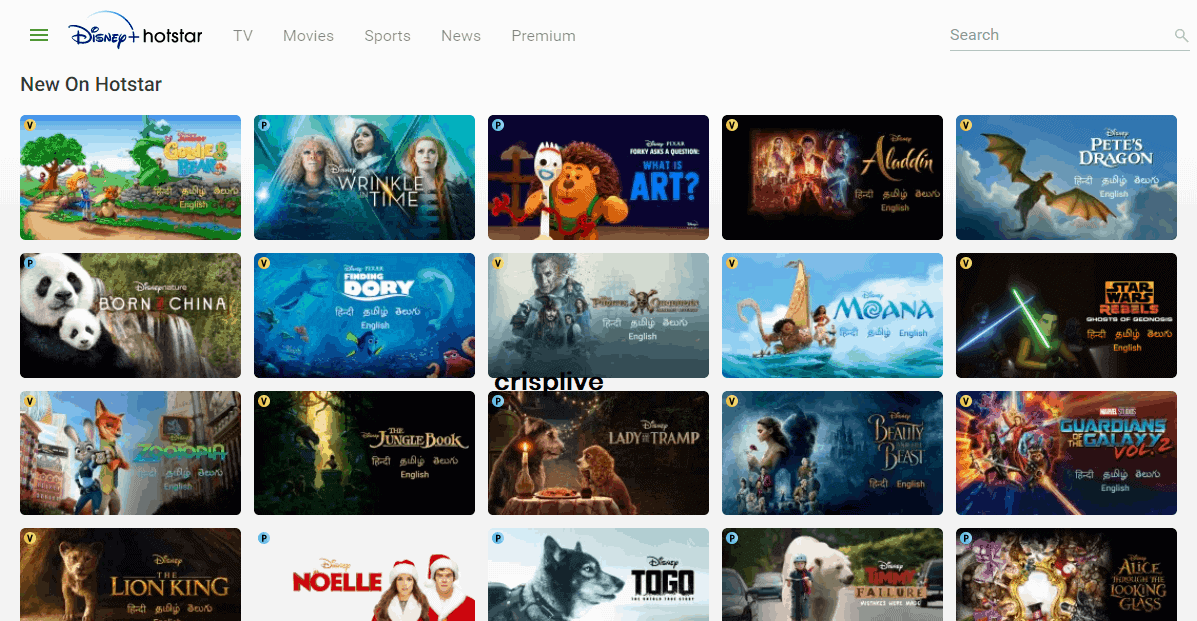 Still Disney+ officially not available for worldwide, currently available for U.S, Netherlands, Canada, Australia, and New Zealand only.  In upcoming months it will be available for India, France, Italy, Spain and the U.K and worldwide in next two years.

In recent news, Disney chief executive Bob Iger revealed that soon the services will launch in INDIA via HOTSTAR during the end of march.

Also the Hotstar VIP/Premium  will be re-branded as Disney+Hotstar. still there is no news on subscription charges. Have to wait till march end for more updates on Disney+ India launch.

Bill founded Crisp Live with an aim to bring relevant and unaltered news to the general public with a specific view point for each story catered by the team. Covering substantial topics under the Health section, he helps information seep in deeper with creative writing and content management skills.